A Global Model: The Mythicization and Mobilization of Malcolm X in the Malay World | Yaqeen Institute for Islamic Research
ReadWatchListenLearnDonate

A Global Model: The Mythicization and Mobilization of Malcolm X in the Malay World 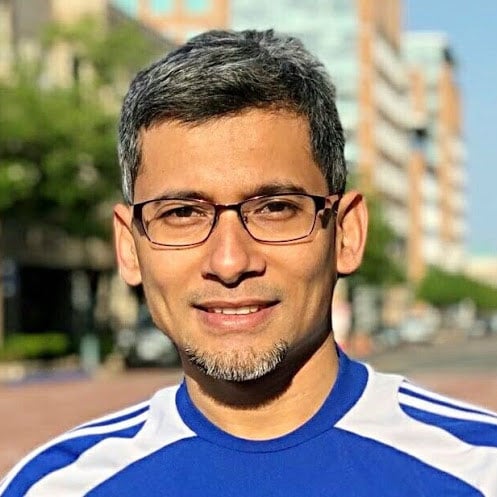 by Khairudin Aljunied
February 20, 2020
Tags:
Black Heritage
Disclaimer: The views, opinions, findings, and conclusions expressed in these papers and articles are strictly those of the authors. Furthermore, Yaqeen does not endorse any of the personal views of the authors on any platform. Our team is diverse on all fronts, allowing for constant, enriching dialogue that helps us produce high-quality research.

This article explores the ways in which Malcolm’s life and ideas have been mythicized and used as an inspiration for ideational, social, and political mobilization in contemporary Malaysia and Indonesia—two of the largest Muslim nations in the world today. I examine works of fiction, digital resources, and speeches of Malay-Muslim activists who engaged in the mythicization and mobilization of Malcolm’s thought. Malcolm X’s speeches have been translated from one language to another, absorbed, adapted, appropriated, and vernacularized among Malay-Indonesian Muslims, ushering in novel formulations of the notions of justice, freedom, and equality in a setting Malcolm was not very familiar with but had gained much intellectual stimulus from. It follows then that this paper seeks to address a yawning gap in the ever-growing studies on Malcolm X: how his ideas and life story were recast outside the Anglo-American world.

Few African American Muslim figures have attracted as much scholarly attention outside the Euro-American academe as has Malcolm X. Courageous, sincere, brutally honest, and eloquent, his fame could be attributed to the fact that he was “the first real Black spokesperson who looked ferocious white racism in the eye, didn’t blink, and lived long enough to tell America the truth about this glaring hypocrisy in a bold and defiant manner.”1 But Malcolm X did not only place White racism on his rhetorical chopping board. He grew to become progressively concerned with injustices and exploitation of all sorts that affected most of humankind, the bottom billion that populated much of Africa, Asia, and the wider Muslim world. His ideas morphed from a racially-oriented position to one that leaned closer to the ideals of Islamic universalism just before his untimely demise.2 This shift was born out of Malcolm X’s travels outside the United States to as far as Southeast Asia.
Despite Malcolm X’s attentiveness to the plight of oppressed people all over the world and the sway that he held in the minds of thinkers and laypersons globally, very little has been written about his influence outside the Euro-American world. He has been particularized as a quintessentially American activist who fused Islam, Black suffering, and human rights discourse into a potent political theology. This is not to say that such a localized focus on the legacy of Malcolm X is a step backward in our efforts to analyze his massive contributions. Far from it. Rather, what I wish to argue here is that Malcolm X had a far wider supra-local significance than has been previously assumed and how the ideas, experiences, and models outside the United States shaped his discourses must be placed in sharp relief now more than ever. As such, my purpose here is to add to the “growing cohort of interdisciplinary scholars whose work extends the project of recuperating Malcolm X’s radical humanism and his global legacy, which collectively challenge the ‘Americanization of Malcolm X.’”3
Indeed, Malcolm was and is still an exemplar whose life journey, personal reflections, and public pronouncements acquire a deep resonance and meaning among a broad spectrum of people located far in space and time from his own. Malcolm X’s autobiography and ideas have been translated from one language to another, absorbed, adapted, appropriated, and vernacularized among Muslims outside the United States, ushering in novel formulations of the notions of justice, freedom, and equality in settings Malcolm was not very familiar with but from which he had gained much intellectual stimulus.
My focus here is on how Muslims in the Malay world projected different Malcolm Xs to serve different ends. In the first part of this essay, I look at the mythicization of Malcolm X in that his life story was novelized with an eye to demonstrating how a marginal figure in society eventually became a champion of the marginals. This is followed by the mobilization of Malcolm X whereby he was extolled by contemporary Muslims as a resource for youths, preachers, and political activists. In this, I examine the employment of the image of Malcolm X to promote certain religious, social, and political agendas. The mythicization and mobilization of Malcolm X’s life and ideas reveal the wide and ever-expanding uses of Malcolm X in the contemporary Muslim world.

In an incisive take on the legacy of Malcolm X, Emin Poljarevic highlights the epistemic bias within contemporary scholarly analyses that have done much to “sidestep an Islamic dimension of an iconic civil rights leader.”22 Poljarevic goes further to state that Malcolm X’s “fearless commitment to justice and equality are still great moral resources for contemporary minority populations in the USA and, potentially, in Europe as well.”23 The pages that follow further Poljarevic’s point by arguing that Malcolm X was and is still a great source of inspiration, not only for minorities but also for majorities seeking to realize Malcolm X’s dream of a just and equitable society.
Malcolm X demystified the idea that the struggle of African Americans in America was a struggle of minorities against the dominant White population. As he put it sharply, “It’s impossible for you and me to know where we stand until we look around in this entire earth.”24 His travels reshaped his approaches to the struggles for social justice and, in so doing, he became an icon, a model, whose words and deeds were emulated by his Malay counterparts. It remains to be seen what other forms of appropriation of Malcolm X will appear in the near future. For now, that Malcolm X’s influence has spread into the far reaches of the Malay world demonstrates the universality of his message and the unique quality of his life story for the betterment of humanity.