Blind Spots: The Origins of the Western Method of Critiquing Hadith 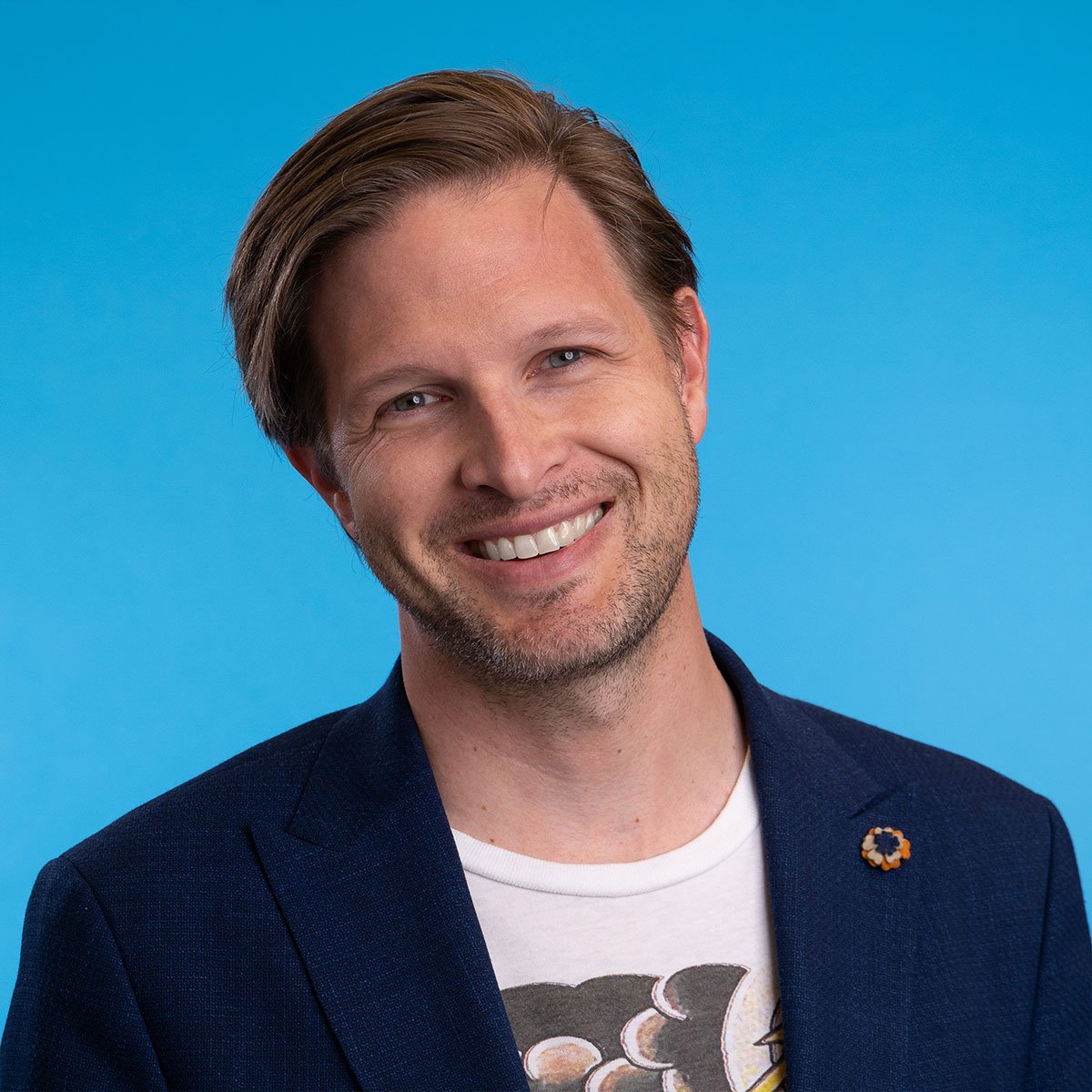 by Dr. Jonathan Brown
January 31, 2019
Disclaimer: The views, opinions, findings, and conclusions expressed in these papers and articles are strictly those of the authors. Furthermore, Yaqeen does not endorse any of the personal views of the authors on any platform. Our team is diverse on all fronts, allowing for constant, enriching dialogue that helps us produce high-quality research.

A few years ago I was involved in a debate on the radio with a prominent British historian who had recently written a sensationalist book on the origins of Islam. He claimed, in a distinctly haughty tone not uncommon among academics, that praying five times a day was not originally part of the Prophet’s message but was, in fact, imported into early Islam by Zoroastrian converts as an imitation of their own Zoroastrian five-times daily prayer.1 Along with many other Western scholars, he argued that, since Muslim sources like the Sira and Hadith collections consisted of material compiled at earliest a few decades after the events they described, they could not be relied on as reliable historical sources for the life of the Prophet ﷺ or Islam’s beginning. Moreover, they were compiled by Muslims who had every interest in shoring up the claims of their religion.
But the evidence that this scholar relied on when making his claim about the ‘true’ origins of Muslim prayer came from a book written by a rabbi in France in the twelfth century, and it did not even mention prayer; it mentioned how Zoroastrian converts to Islam often continued drinking after becoming Muslim. Meanwhile, a Hadith describing the duty of praying five times a day appears in the earliest surviving book of Hadith, the Muwatta’ of the Medinan scholar Imam Malik (d. 796).2
Why did this British scholar disparage Muslim reliance on evidence from a few decades after the life of the Prophet ﷺ, collected by a scholar in the Prophet’s own city, while arguing that speculation about a statement made by a Jewish rabbi centuries later in Europe was better testimony about the origins of Islam?3 Why, not long after this interview, did this and several other Western scholars argue that the Qur’an could have come from much later than Muslims alleged or much earlier than they alleged but not from the actual time of the Prophet Muhammad ﷺ in the seventh century?
The answer is that the way in which Western scholars generally view reports about the past, and reports about the history of religions and scriptures, in particular, is not neutral. It is the product of a specific cultural and political tradition. Though this method prides itself on shedding light on the dark recesses of all human pasts, it has its own blind spots.
What follows is an excerpt from my book Hadith: Muhammad’s Legacy in the Medieval and Modern World, 2nd edition, (Oneworld, 2017). Specifically, it is the introduction of the chapter on the Western study of the Hadith tradition. We have decided to publish this section here on Yaqeen because it provides an important resource for those who read Western historical writings about early Islamic history and, more broadly, about the formation and development of religious traditions. In short, these pages provide a manageable summary of how and why ‘modern’ people came to a uniquely skeptical and cynical attitude towards scripture and orthodoxy across religious traditions.   - J. A. C. Brown

Thus far we have discussed hadiths and their functions in Islamic civilization as a tradition developed by a people who affirmed that Muhammad ﷺ was a prophet, the last in a series sent to humanity by a God who created the universe and is its sole font of truth. So far, the hadith tradition has unfolded among Muslims. Though they might have disagreed on the proper use or interpretation of hadiths, Muslims have controlled the boundaries of the discussion. This book, however, does not assume that the reader believes that God influences the course of history or that Muhammad ﷺ was a prophet. Instead, you may have noticed (assuming I’ve done my job) that this book discusses hadiths in a ‘neutral’ or ‘objective’ tone according to the methods of modern historians of a religious tradition.
Like Muslim hadith critics, however, our methods of historical criticism in the West have their own tradition with its own assumptions. What we must admit before any further discussion is that, because a book does not assume that God directly intervenes in human events, that Muhammad ﷺ was a prophet, or that hadiths are in general authentic, then what it really assumes is that God does not directly interfere in historical events, that Muhammad ﷺ was just a man, and that there are real doubts about the historical reliability of the entire hadith corpus. Few Western readers of this book, for example, would accept the explanation that we know the Muslim hadith tradition is an accurate record of Muhammad’s words because God would never let his chosen religion go unpreserved (a standard Muslim explanation). As you can imagine, discussion of hadiths in the West differs dramatically from its indigenous Muslim counterpart.
This chapter explores the Western academic investigation of early Islamic history and its radical critiques of the Sunni hadith tradition. ‘The Authenticity Question,’ as we will term it, has two implications that we must bear in mind. First, Western scholars’ critical examination of hadiths and the methods that Muslims used to authenticate them can be seen as laudably advancing our understanding of Islamic origins and as part of a larger human endeavor to expand all areas of knowledge. Second, however, Western criticism of the hadith tradition can be viewed as an act of domination in which one worldview asserts its power over another by dictating the terms by which ‘knowledge’ and ‘truth’ are established. From this perspective, one could ask why the ‘light’ that Western scholars shed on hadiths is necessarily more valuable to ‘the advancement of human understanding’ than what the Muslim hadith tradition has already offered. As the likes of Edward Said have shown, knowledge is power, and studying an object is an act of establishing control over it.
It is thus no coincidence that four of the five main avenues through which the Western study of the Islamic world progressed grew out of European colonial or diplomatic interests (the French study of Islamic law and culture in colonial North Africa, similar Dutch studies in Southeast Asia, British studies of Persianate Islam in India, and European diplomatic interest in the Ottoman Empire). The fifth avenue, which proved most important for our subject, was that of Semitic studies, and stemmed from Biblical studies (as we shall discuss below).4
European diplomats in the late nineteenth century plotted how to promote a ‘progressive’ Islam among their colonial populations, much as their American successors have in the twenty-first. Western discussions about the reliability of the hadith tradition are thus not neutral, and their influence extends beyond the lofty halls of academia. When reports surfaced in 2008 that the Turkish government was preparing a ‘radical revision’ of the Sunni hadith canon, mainstream Western media applauded this move towards reformation (the rumor proved false).5 The Authenticity Question is part of a broader debate over the power dynamic between ‘Religion’ and ‘Modernity,’ and between ‘Islam’ and ‘the West.’ Instead of approaching the Authenticity Question from a teleological perspective, where we assume that the native ‘Muslim’ vision of the hadith tradition is wrong and that Western scholars have awakened it from its millennial slumber and are guiding it gradually forwards, we will assume what I think is a more accurate approach: the hadith tradition is so vast and our attempts to evaluate its authenticity so inevitably limited to small samples, that any attitudes towards its authenticity are necessarily based more on our critical worldview than on empirical fact. Because we ultimately cannot know empirically whether Muhammad ﷺ was a prophet or a character formed by history, or whether or not God played any role in preserving his words for posterity, we will not look at the Authenticity Question as one to which there is a right and wrong answer. Instead, we will identify what the various schools of thought on this question have taken as their basic assumptions and how they have built on them. We will examine how some schools of thought reacted to others and how their assumptions cast doubt on those of others.

The Origins and Assumptions of the Western Study of the Hadith vs. the Islamic Tradition

12 This verse reads: ‘And there are three that bear record in heaven, the Father, the Word and the Holy Ghost: and these three are one…’ King James Bible 1 John 5:7–8. Only four Greek manuscripts mentioned this famous ‘Johannan comma,’ and all were historically late; Jerry Bentley, Humanists and Holy Writ, pp. 45, 152–153.

13 Klaus Scholder, The Birth of Modern Critical Theology, p. 67; Travis Frampton, Spinoza and the Rise of Historical Criticism of the Bible, pp. 208–216.