Yaqeen Institute
by Yaqeen Institute
February 10, 2020
Disclaimer: The views, opinions, findings, and conclusions expressed in these papers and articles are strictly those of the authors. Furthermore, Yaqeen does not endorse any of the personal views of the authors on any platform. Our team is diverse on all fronts, allowing for constant, enriching dialogue that helps us produce high-quality research.
Imam Mohamed Magid joined a team of high-ranking Muslim leaders from around the world to visit the former Nazi death camp Auschwitz-Birkenau in Poland. Auschwitz consisted of over 40 concentration and extermination camps run by Nazi Germany during World War II and the Holocaust where more than a million people massacred by the Third Reich during World War II.
Imams from all over the world including Bosnia and Herzegovina, Jordan, India, Palestine, Turkey, the United States, and other countries came together to pray for the victims of the Holocaust. The visit also marked the 75th anniversary of the liberation of Auschwitz by the Red Army in 1945. 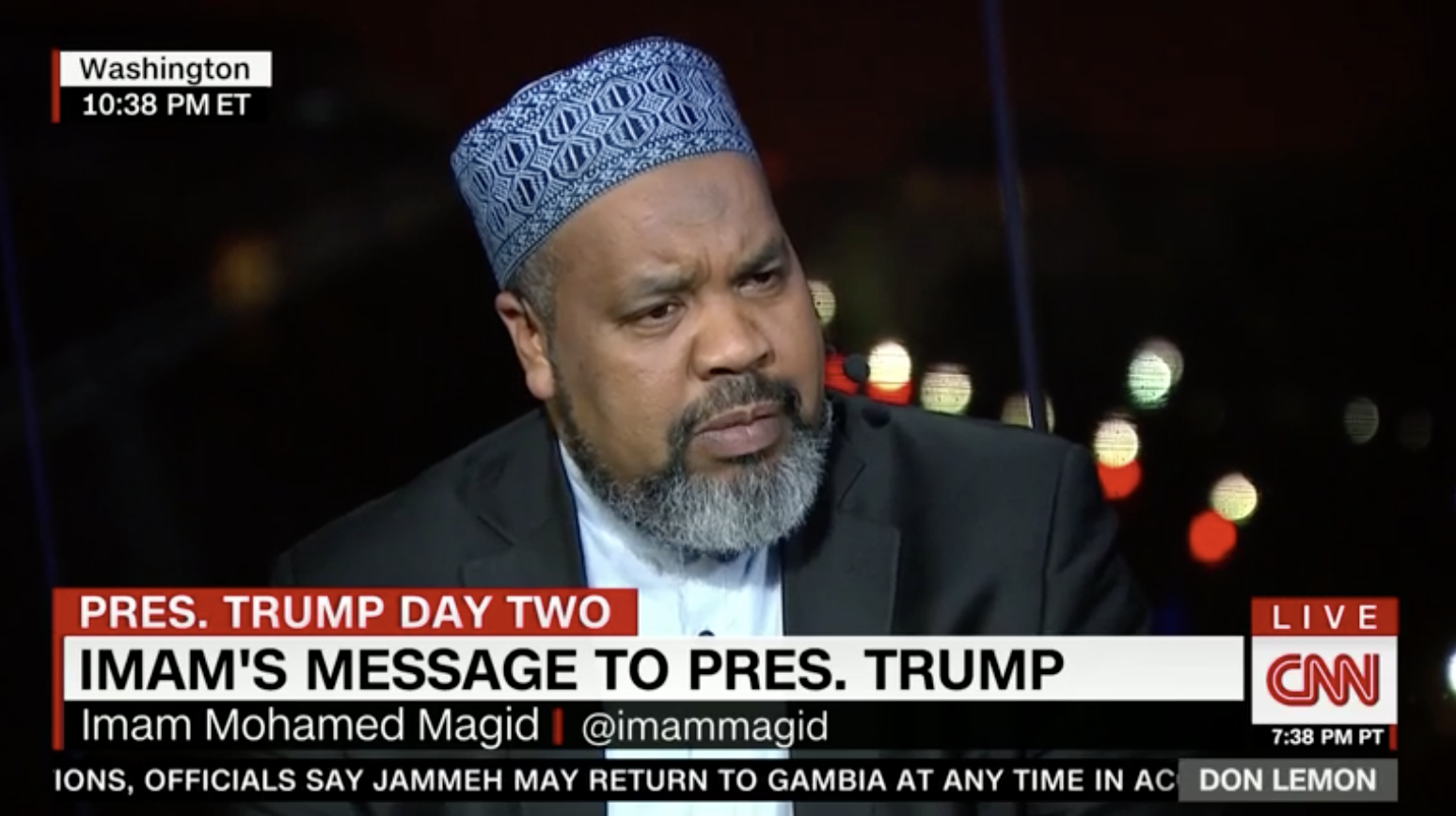 Mohamed Magid, the President of the Islamic Society of North America said that the stories behind the camp were very touching and the world should condemn antisemitism before adding,

“What can I say? I am speechless.”

The visit to the Auschwitz Memorial is part of a memorandum of understanding signed between the Muslim World League and the American Jewish Committee to educate the Muslim clergy about the Holocaust.
Constructed in Nazi-occupied Poland in 1940, more than 1.1 million people were killed in the Auschwitz concentration camp – 1 million of which were Jews. Imam Mohamed Magid also made news last year when he spoke at a Trump event. He explained his logic for speaking at the event by referring to the example of Prophet Muhammad (saw), saying that,

“he used to speak to people who disagreed with him, people who spoke ill of him, and he engaged them. And I do believe that in order for people to understand who we are, we have to engage with them.”

In previous years, Imam Magid was joined by other American imams including Yasir Qadhi, a Houston-born Imam who earned his PhD from Yale University and is currently the Dean of Academic Affairs for TISA (The Islamic Seminary of America). The tragic events of 9/11 caused him to return to the United States, in order to, as he puts it,

‘…build bridges of understanding between Americans and Muslims.’