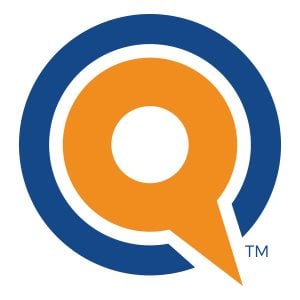 Yaqeen Institute
by Yaqeen Institute
October 10, 2020
Disclaimer: The views, opinions, findings, and conclusions expressed in these papers and articles are strictly those of the authors. Furthermore, Yaqeen does not endorse any of the personal views of the authors on any platform. Our team is diverse on all fronts, allowing for constant, enriching dialogue that helps us produce high-quality research.
In the name of Allah, the Most Merciful, the Grantor of Mercy.
قَد سَمِعَ ٱللَّهُ قَولَ ٱلَّتِی تُجَٰدِلُكَ فِي زَوْجِهَا وَتَشتَكِي إِلَى ٱللَّهِ وَٱللَّهُ يسمَعُ تَحَاوُرَكُمَا إِنَّ ٱللَّهَ سَمِيعٌ بَصِيرٌ
Certainly has Allah heard the speech of the one who argues with you, [O Muhammad], concerning her husband and directs her complaint to Allah . And Allah hears your dialogue; indeed, Allah is Hearing and Seeing. [58:01]
This was the verse Allah (swt) revealed to address ẓihār, one of the most abhorred practices from the Days of Ignorance. Khawla bint Tha’laba (rA), a female Companion, rushed to the Prophet ﷺ hurt and frustrated that her husband, Aws ibn Samit, declared that she was like his mother’s back to him. By doing so, he essentially announced that he would not divorce her, but he would no longer treat her as his wife—in public or in private. Khawla was left abandoned in a marriage with no access to her rights as a wife.
These verses came down to not only prohibit this detested practice, but also to console its victims and provide a solution for them. Later in the surah, Allah (swt) offers forms of expiation for those who commit the act of ẓihār but wish to repent. It was with these solutions and methods of expiation that the Prophet ﷺ was able to successfully mediate between Khawla and Aws and guide them back to one another.
The story of Khawla demonstrates how the Qur’an provides guidance for all facets of life, including, and especially, for crucial relationships like marriage. Moreover, the Prophet ﷺ created a precedent here in which counseling, mediation, and reconciliation were not taboo.
Authors