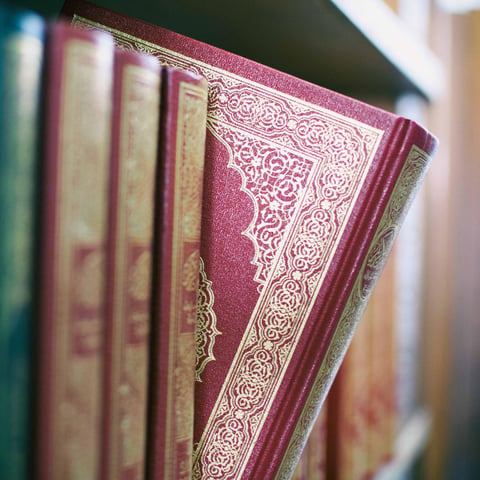 ...As for the non-Muslims, this day, when they left the status of raya [i.e. minorities] and gained equality with the ruling millet, was a day of rejoicing. But the patriarchs and other spiritual chiefs were displeased, because their appointments were incorporated in the ferman [royal decree].

What was ultimately at stake throughout this transitional process was the unrecognized growing tension between establishing a legal and secular notion of statehood versus maintaining a national identity based on religion.[33] Hence, as the nation-state developed, two systems—the political and religious—that were formerly (for the most part) independent, now had to consolidate and act as expressions of one another.
So if the group-rights model was a plausible and arguably more natural form of tolerance, why has Islamic history been tainted by accusations of brutality toward religious minorities?[34] This question opens the door to a much larger concern: what lens are we using to evaluate Muslims’ treatment of religious minorities in the first place?
Western democracies are defined by secular and liberal models. Political theorist Wendy Brown has extensively discussed the pitfalls of examining the concept of tolerance through these paradigms. The premise of liberal secularism, for example, is undergirded by a privatization and individualization of religion; any culture or society that promotes a public space for religion is therefore by definition considered intolerant.[35] Liberalism, in other words, is the antonym of culture, because it is culture that calls for public religious expression and strips individuals of their liberties. Hence, liberalism masquerades as the culture-less doctrine that focuses on persons and ensures individual freedom.[36]
This is a myth, Brown claims, because liberalism, like every culture and ideology it criticizes, succumbs to both cultural and political influence.[37] Yet, at the end of the day, since liberalism places itself above other doctrines and practices, it considers all other doctrines as intolerant or uncivilized.[38] Accordingly, what complies with liberal standards is "mainstream" or "American" even though these concepts are steeped in Protestant dogmas. It is this form of tolerance, then, that has been upheld as the token of Western civilization and modernity, thereby granting the West both validity and authority in acting as agents in international affairs.[39] As indirect recipients of this ideological disciplining, we have been led to believe that this form of tolerance is the only one that is legitimate; hence, we naturally consider all else, like the group-rights model, illegitimate.
Saba Mahmood elaborates on these theories by calling out two contradictory aspects of the nation-state, which claims to be free of cultural and religious associations. For one, the modern state is heavily involved in religious regulation.[40] Despite its claims to be irreligious, its inherent faith doctrines (read often in the West as Protestant norms) dictate which aspects of religion can and cannot be tolerated in the public sphere (e.g., polygamy versus same-sex marriage).[41] Naturally, as a result of this subjective management, a second paradox arises: religious differences are intensified. These inconsistencies attest to liberalism's underlying goal of promoting sameness, or treating every individual equally under the law, while the ideology does not even hold itself to that standard.[42] Tolerance, on the other hand, accepts and values difference; it does not attempt to insist that all religions are the same and therefore we should treat each other under the same metric that may not apply to everyone. Rather, it affirms these differences in theology and culture, and instead of labeling said differences as morally offensive or uncivilized, tolerance promotes and acknowledges a diverse system.[43]
In my A.P. History class in high school, we made t-shirts to remember the year with “P.O.V.” printed in large letters on the back. These initials stood for “point of view.” If there was one thing we had taken away from that year-long intensive, it was that our conceptualization of history was entirely determined by our points of view. We were always taught to approach a text by asking: Who authored this book? In what time period were they writing? What social or political circumstances may have introduced biases into their description of history? It’s these same questions that I continue to ask myself when I approach critical moments that have shaped the past and present. Hence, when we consider concerns over “Islamic” approaches to tolerance and the minority question, we need to recognize the political and social ideologies that have contributed to our thought processes. We need to challenge the notion that liberty and tolerance can universally be defined as only one form throughout time and space. Just as importantly, we need to recognize the double standards our societies adopt: we cannot point an accusing finger to the past while turning a blind eye to the inequities faced by America’s non-citizens today.
Islamic history is not free of fault; yet before engaging in discussions on the supposed intolerance of Islam, let us not forget the fact that it took the “enlightened” West almost a millennium before beginning to even consider the tolerance Muslim Empires had instituted centuries before.

[5] This is not to imply that non-religious rule is free of fault. Because the focus is on medieval or classical histories, secularist rule is not considered in the current discussion.

[7] Kemal Karpat, “Millets and Nationality: The Roots of the Incongruity of Nation and State in the Post-Ottoman Era” in Christians and Jews in the Ottoman Empire, eds. Benjamin Braude and Bernard Lewis, vol. I (New York: Holmes & Meier Publishers, Inc., 1982), 141.

[11] Amnon Cohen, “On the Realities of the Millet System: Jerusalem in the Sixteenth Century” in Christians and Jews in the Ottoman Empire, eds. Benjamin Braude and Bernard Lewis, vol. II (New York: Holmes & Meier Publishers, Inc., 1982), 12.

[21] This was true in the Muslim community as well.

[25] Stanford J. Shaw and Gökhan Çetinsaya, "Ottoman Empire" in The Oxford Encyclopedia of the Islamic World.

[41] Ibid., 2, 4. “Conventionally, tolerance is adduced for beliefs or practices that may be morally, socially, or ideologically offensive but are not in direct conflict with the law...Laws of course may be changed in the name of greater tolerance, as in the repeal of antimiscegenation or antisodomy laws, or in the name of less tolerance, as in laws banning same-sex marriage or restricting abortion. But in each case, the negotiation is between what is deemed a private or individual choice appropriately beyond the reach of law (hence tolerable) and what is deemed a matter of the public interest (hence not a matter of tolerance)” Mahmood, 12.