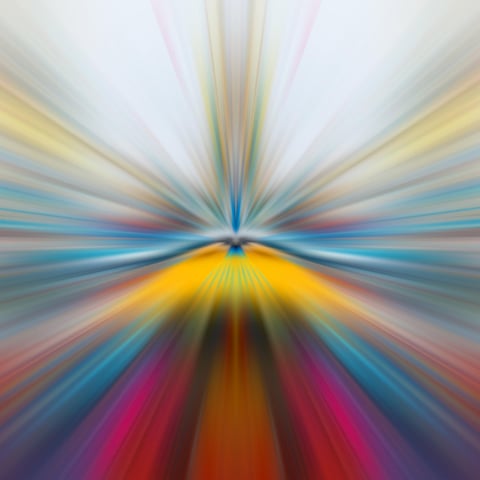 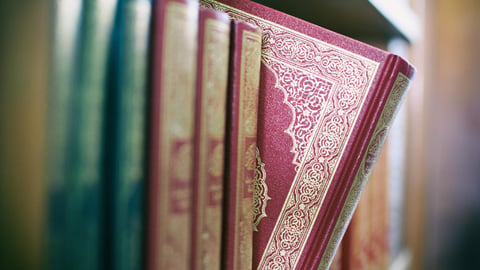 by Dr. Omar Suleiman
August 27, 2020
Disclaimer: The views, opinions, findings, and conclusions expressed in these papers and articles are strictly those of the authors. Furthermore, Yaqeen does not endorse any of the personal views of the authors on any platform. Our team is diverse on all fronts, allowing for constant, enriching dialogue that helps us produce high-quality research.
This article was originally written for the Religion News Service.
In the name of God, the Most Compassionate, the Most Merciful
All Praises be to God, Lord of all the worlds
The Most Compassionate, the Most Merciful
Master of the day of judgment
You alone we worship and from you alone,  we seek help
Guide us to the straight path
The path of those who have earned your favor, not those who have earned your wrath, nor those who have gone astray.
On Tuesday (Aug. 25), as the father of Jacob Blake spoke to the press, he began with a Muslim prayer from the beginning of the Quran, recited in Arabic, before tearfully reminding the nation and the world that his son matters.
Seven verses to match the seven bullets fired at his son.
Though those who listened may not have understood the words, they felt the anguish in a father’s voice and the cry for healing and justice.
Whether or not Jacob Blake Sr. or Jr. is a Muslim is irrelevant to the situation. What happened to their family is another sign of the systematic dehumanization of Black people in America, and the ever-recurring and unremedied incidents of police brutality.
As Malcolm X said to a Los Angeles audience in the wake of the police killing of Ronald Stokes in 1962, “We’re not brutalized because we’re Baptists. We’re not brutalized because we’re Methodists. We’re not brutalized because we’re Muslims. We’re not brutalized because we’re Catholics. We’re brutalized because we are Black people in America.”
So to begin, we lend our support to the cause of justice not only for Jacob Blake, but Breonna Taylor, George Floyd, Atatiana Jefferson and so many more.
The prayer that Jacob Blake Sr. recited, the Fatiha (which literally means “the opening”), is the first chapter of the Quran and contains seven short verses that are recited at least twice in every Muslim prayer.
In it is an affirmation of God’s supreme mercy and power, and the uttered longing of the sincere servant for God’s guidance and aid.
It is a supplication that defines our relationship with God, and how we are to approach the entirety of the glorious book. It is the “mother of the book” in that it sets the foundation, and the Prophet Muhammad (peace be upon him), referring to it as the “seven oft-recited verses,” affirmed that it is indeed the greatest chapter in the Quran.
The entirety of the Quran is described as a healing and a mercy — but the Fatiha is specifically recited upon the one who is ill.
Muslim theologians explain this in two ways.
First, that it is the greatest portion of the Quran and preferred for its many virtues. And second, that it specifically contains the words “You alone we worship. And from you alone we seek help.”
As Muslims, we affirm the necessity of taking all means to help ourselves, yet yield in complete humility to God’s wisdom and power once we have done our part.
This is also expressed in a supplication of the Prophet Muhammad (peace be upon him) that we are taught to say in the morning and in the evening: “Oh Ever-Living One, Oh Ever Sustaining One, in Your Mercy I seek relief. Set all of my affairs right, and do not leave me to myself even for the blink of an eye.”
A tradition behind the Fatiha as a healing prayer also gives us an important concept in Islam — the encouragement to pray for the health of one who is ill, even if they aren’t Muslim.
A companion of the Prophet by the name of Abu Said Al Khudri recounts that while on a journey, a group of companions came across a tribe among the tribes of the Arabs, and that tribe did not show them hospitality.
Suddenly, the chief of that tribe was bitten by a snake or stung by a scorpion. The leader asked the same companions if they had any medicine or anyone among them who could treat the wound.
The companions obliged, reciting the Fatiha upon the wound of the chief. Not only did the cure work, earning the companions on that journey a flock of sheep, but generations of Muslims after them now have an enhanced understanding of the power and breadth of this oft-recited prayer.
It is common to see Muslims reciting the prayer for themselves and for their relatives, Muslim or otherwise, in homes and hospitals with the understanding that God alone ultimately cures.
But what shouldn’t be common is the news conference in which Jacob Blake Sr. had to stand, as so many Black mothers and fathers have had to before him and prayed for their children.
When Jacob Blake Sr. recited the Fatiha for his own son who may never walk again, many were moved by the pain in the recitation of “the cure,” and in it, they heard the cry of generations of Black mothers and fathers.
Seven verses for seven bullets.
May God cure Jacob Blake fully, comfort his family through these difficult days and grant justice to them and the countless other victims of police brutality.
Authors