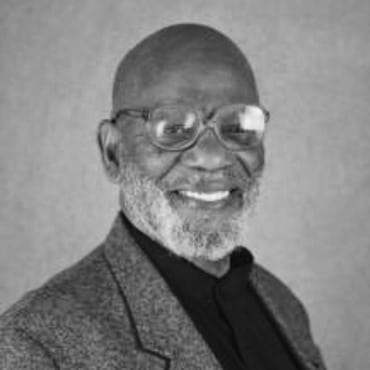 Dr. Jones is a member of the American Academy of Religion, Prof. Jones holds a bachelor’s degree from Hampton University, a master’s degree from Yale Divinity School and a doctorate in ministry from the Hartford Seminary.

Dr. Jones is a professor of world religions with a concurrent appointment in the African studies program. A member of the American Academy of Religion and the North American Association of Islamic and Muslim Studies, Prof. Jones appears frequently in the media and is often invited to speak about religion, Islam, African American studies, and diversity in the United States and abroad. Overseas venues where he has either taught, lectured, or served as an institutional consultant include Bahrain, Bosnia, Bermuda, Egypt, India, Jerusalem, Qatar, Saudi Arabia, Trinidad Tobago, the United Arab Emirates, and the United Kingdom. In addition to his work as a higher education professional, Prof. Jones has a background in civil rights advocacy, community and family mediation, diversity consulting and training, and prison chaplaincy. He has been chairman of administrative hearings on student discipline for his local public school board, and served as dean of the annual in-service training program held for chaplains and clergy at Yale University since 2011.