We’ve Been Here Before: Plague and Pestilence in Pre-Modern Islamic History 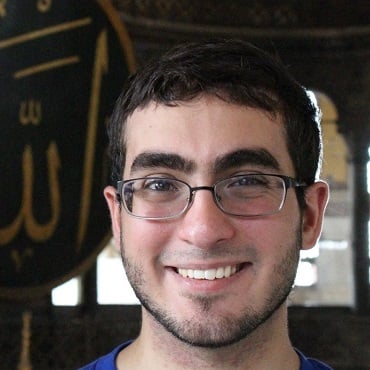 by Abdul Rahman Latif
April 17, 2020
Tags:
Faith in the Time of Coronavirus
Disclaimer: The views, opinions, findings, and conclusions expressed in these papers and articles are strictly those of the authors. Furthermore, Yaqeen does not endorse any of the personal views of the authors on any platform. Our team is diverse on all fronts, allowing for constant, enriching dialogue that helps us produce high-quality research.

In the Name of Allah the Most Gracious, the Most Merciful
On the 27th of Rajab, Muslims traditionally gathered in the Umayyad Mosque of Damascus to commemorate the Miʿrāj, the Ascension of the Prophet ﷺ. Ibn Kathīr writes that on that day in the year 749 AH, during the Black Death, “People did not gather as usual because many had died from among them, and many were busy with taking care of their sick and their dead.”[1]
This year of 1441 AH, on the 27th of Rajab, most community gatherings at masjids were once again not taking place.
We’ve been here before, though the mortality rate is far lower this time and advances in hygiene practices, medical care, and public awareness give us much to be grateful for. Allah’s Greatness has not diminished, nor has our ummah’s resilience.
In this short paper, I take a quick look at a few incidents of and reactions to plague and pestilence in pre-modern Islamic history.[2] The goal of this paper is not to accumulate historical census information nor to create any single comprehensive account, but rather to draw a few lessons from the experiences of Muslims before us. Everything that Muslims did in the past is not sacred, but it is profoundly human, and like us they were grappling with Islam, the will of God, and a developing tradition that we too have inherited even if their understandings and interpretations of events were not always the same as ours.
Plague and pestilence,  ṭāʿūn and wabāʾ—though the exact understandings of the terms are more complex than those translations credit—commonly occurred throughout Islamic history.[3] Just as we grapple to understand the causes of such illnesses, Muslims of the past similarly attributed the emergence of widespread disease to medical and/or spiritual factors. In the pre-modern period, Muslims believed that an imbalance in the body’s humors caused by bad air/miasma sparked plagues and pestilence. At times, they even attributed the emergence of such diseases to pricks from evil Jinn. The science may have been wrong (or at least different from today), but ultimately many minds worked to make sense of the phenomena, even as the belief that it was contingent on the will of Allah prevailed. Finding an etiology and accepting the power of Allah are not mutually exclusive. Nor are taking precautions and trusting in Allah—at that time, taking precautions may have meant spending time in open spaces with better air; today it means isolation and following the consensus of medical professionals.
The Prophet ﷺ described plagues as mercy and martyrdom for the believers and possible punishment for others. In a hadith now oft-quoted for its alignment with scientific advice, the Prophet ﷺ said the following with regards to plagues, “If you hear of an outbreak of plague in a land, do not enter it; but if the plague breaks out in a place while you are in it, do not leave that place.”[4] When the plague struck Syria during the khilāfah of ʿUmar (RA), the companions debated the meaning of the above hadith and sought to determine how best to protect the army stationed there.[5] They collectively demonstrated the difference between caution and fear; they accepted what was happening as the decree of Allah; they were not worried about dying but did their best to prevent it.
Just as difficult times such as ours often spur very human reactions, those who came before us, including our pious predecessors similarly demonstrated and/or witnessed very human responses to plagues. Probably the first recorded epidemic that the early community directly encountered was the sickness of Medina. Many of the muhājirs, when they emigrated to Medina, were not accustomed to the local climate and fell grievously ill. A hadith in Bukhārī, which is found in several historical accounts, states that Abū Bakr (RA) and Bilāl (RA) both contracted the disease.[6] The narration states the following:

When Abū Bakr's fever got worse, he would recite (this poetic verse): “Everybody is staying alive with his people, yet death is nearer to him than His laces.” And Bilāl, when his fever deserted him, would recite: “Would that I could stay overnight in a valley wherein I would be surrounded by idhkhir and jalil (kinds of good-smelling grass). Would that one day I could drink the water of the Majanna, and would that [the two mountains] Shāmah and Tafil would appear to me!”